Freedom in the Med…Back in Barcelona

So after that AMAZING Chef’s Table dinner, it was time to leave the Freedom and begin our trip home.  The trick here is to get your bags packed and out in the hall while remembering not to pack whatever clothes you want to wear the next morning.  I will tell you this doesn’t always happen and if you see random children at the airport in their pajamas, they are probably mine.

But, we did our best, packed up, cleaned up, distributed additional tips to our favorite crew members, said teary goodbyes, blew our last dollars in the casino and headed to bed.  We decided to stay one extra night in Barcelona instead of rushing to the airport immediately off the ship…this turned out to be one of my better decisions!

Since we were in no rush, we headed up to the Windjammer for some much needed coffee (me) and breakfast (everyone else).  Eventually we headed down towards the gangway, presented our cards to be scanned and heard the last mournful bong as we were checked off the ship.  In the terminal, we located our bags and headed out the door to hail an XL taxi to take us to the hotel.  This is where that “no rush” thing proved genius…the line for taxi’s, of any size, was several hundred people long.

There were people standing everywhere directing traffic…both human and vehicular so it was very easy to figure out where we needed to be, behind ALL those people in line!  The line moved fairly quickly, but it was still probably an hour or so from the time we got in line to the time we got a taxi.  There were quite a few people that did not expect or plan for this and they were frantic trying to explain that they needed to cut to the front of the line.  The Port Authority employees that were handling the line were having none of that, and would promptly pull any line jumpers out and send them to the back.

We eventually made our way to the front and were sorted into the line waiting for larger cabs.  As you might expect this took a bit longer, but soon enough we were on our way to the Hilton Barcelona.  Much like last years trip, I was able to get one night on points and since we stay at AirBNB’s on the front end of the trip, one free night after the cruise is a great way to not have to rush to the airport.

The Hilton Barcelona is a beautiful hotel in the more business-y district in Barcelona which was fine for the one night we needed it.  Plus it was close to one very important tourist attraction, one we could not miss…Camp Nou!

The Hilton has a beautiful lobby and bar area 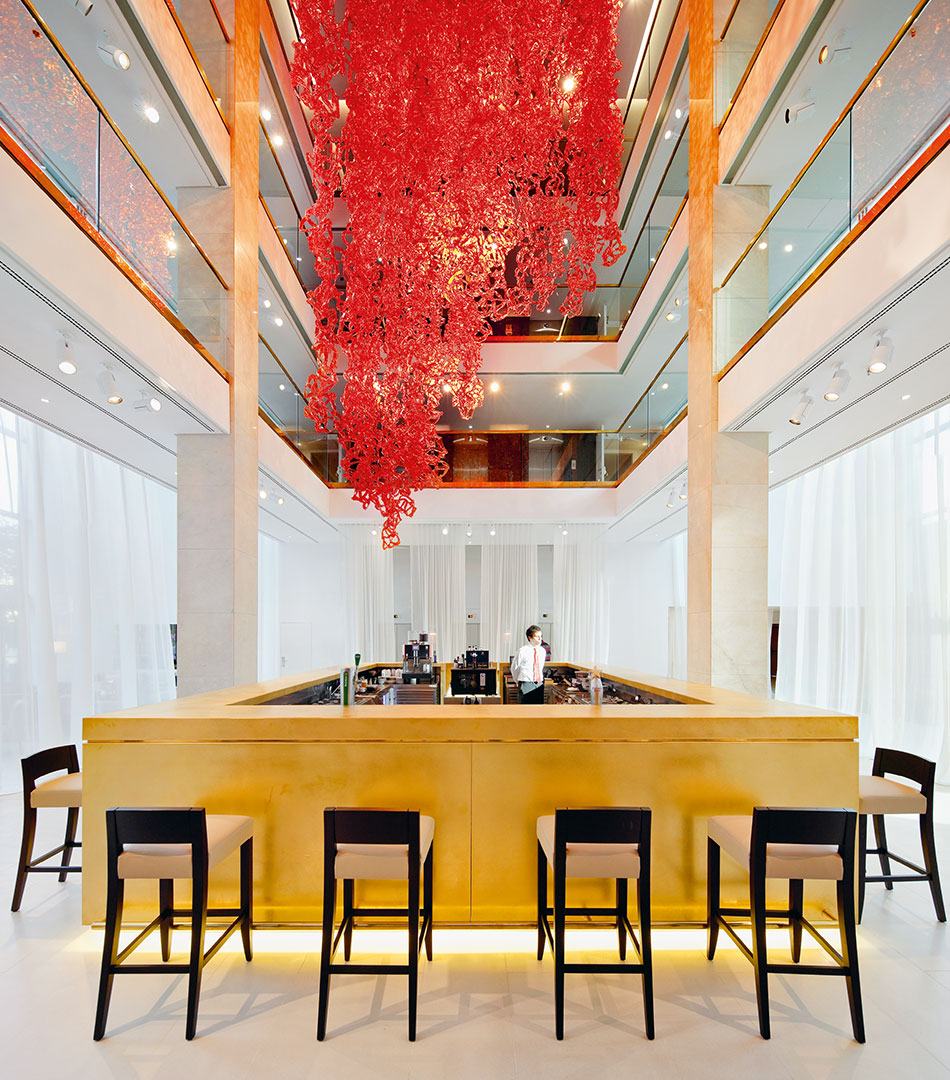 The rooms are comfortable enough, typical European (read small) with the amenities one would expect for a Hilton.  We checked in, then headed to the Metro to find some lunch…standing in line is hard work!

Now, you know how much we love food, and we all really prefer to eat local whenever possible.  But this was the last day of an eleven day trip.  What I wanted was a beer and a burger.  What we found was Hard Rock Barcelona. 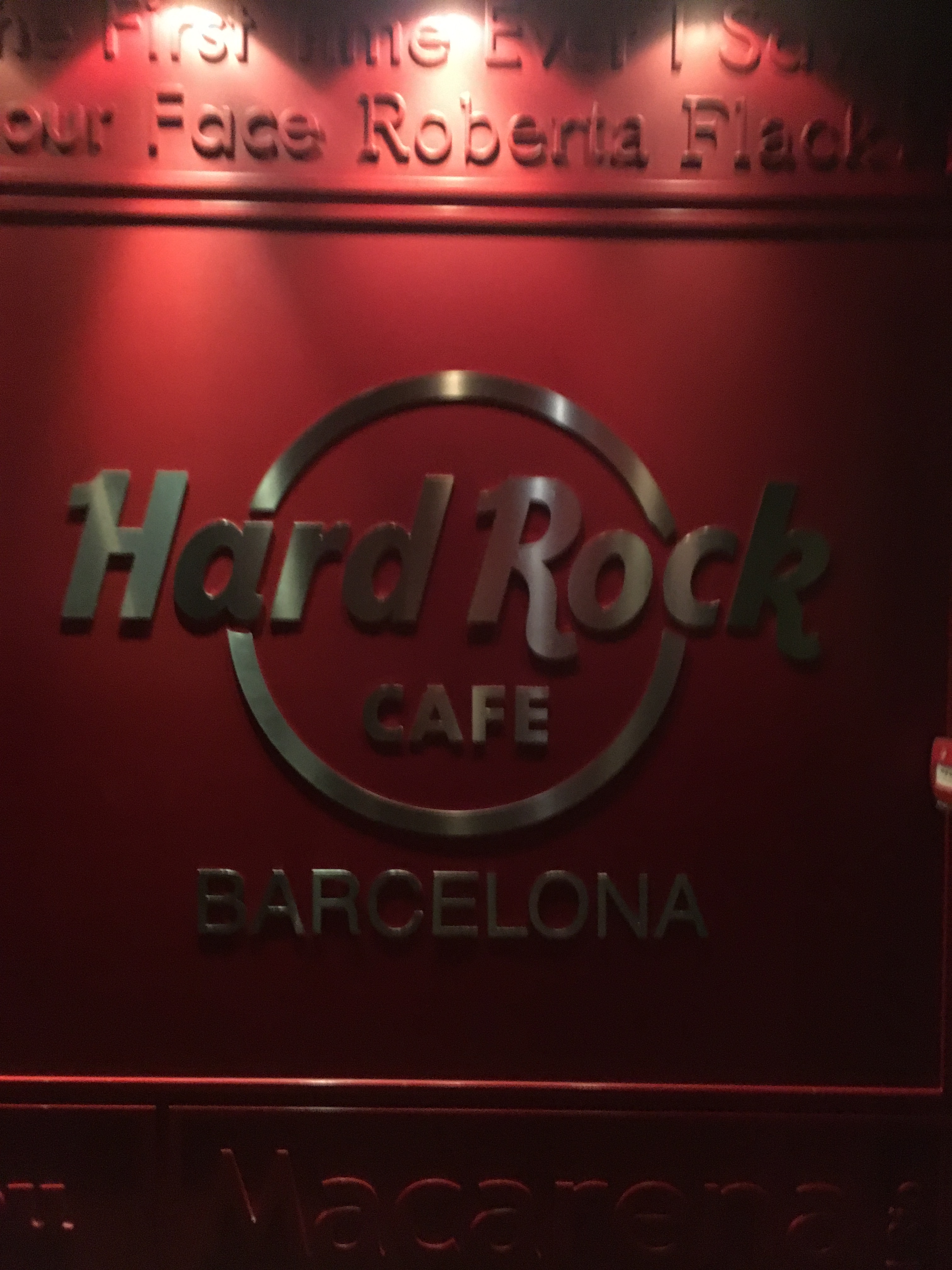 We walked up to the hostess stand and were told that the wait would be about two hours!!!!  Clearly that was not going to happen, but as I was standing there trying not to cry, another waitress mentioned that if we were willing to sit on the patio there was no wait…Um, okay.

So we sat on the patio along Plaça Catalunya and ate hamburgers and drank beer.  We were typical Americans again…although I still drank the local beer! It was exactly what I needed after an amazing week of touring and eating our way through Spain, France and Italy.  Our server was amazing and the lunch, while typical Hard Rock and kind of touristy, still solidly good burgers.

After lunch, we headed back to the hotel, then some of us headed to the last destination on our list…a visit to Camp Nou…can’t call myself a Soccer Mom and not go see this monument of soccer! 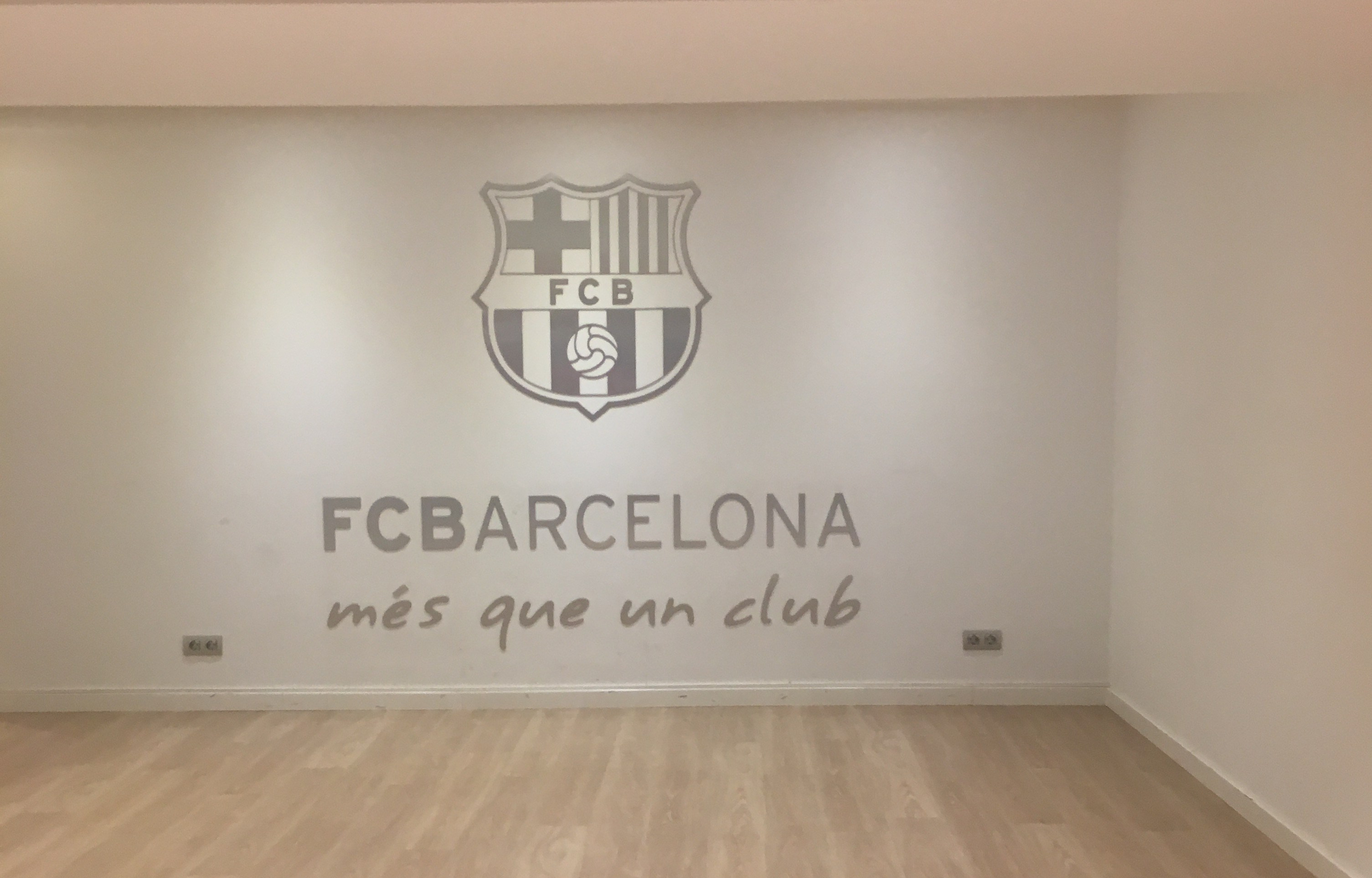 We were relying on my directions…which was my first mistake!  I was trying to use Google Maps, works great if you are online, not so much in airplane mode.  We did eventually find it. I had pre-purchased tickets because I had read about long lines and wait times, this was not the case for us.  Even if we had had to purchase tickets, there were only about 5 people there waiting.  We wandered around in the museum 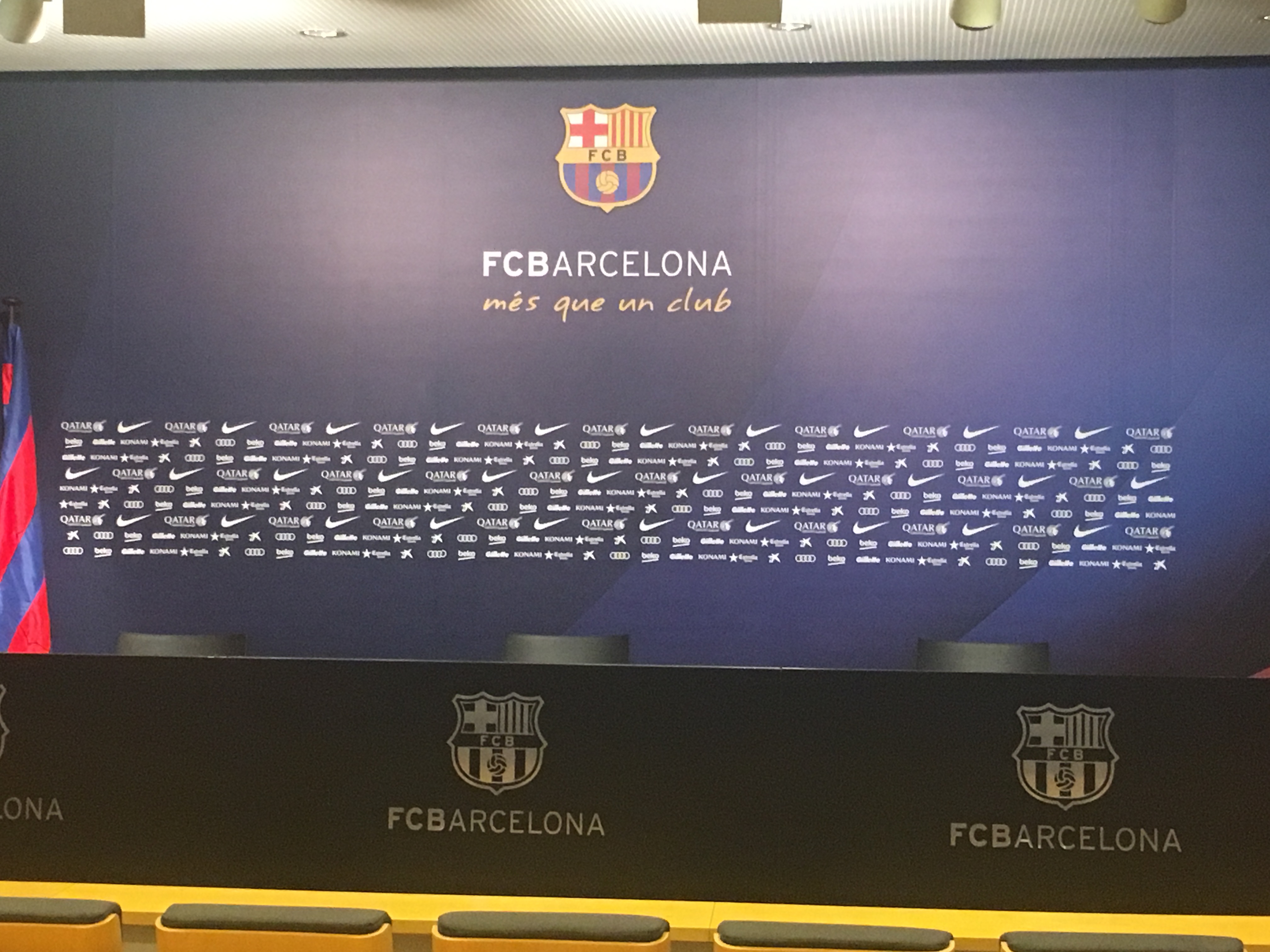 and the visitors locker rooms

and slowly made our way out to the field

It is amazing to stand here, so close to the pitch and think of all of the great soccer that has happened here.

This is from the upper level seats…and let me tell you, stairmaster’s got nothing on this stadium!  It felt like we were climbing forever and I totally understand why they have a snack bar open at the top, even on non game days!  I would have paid $20 for a bottle of water after that!  But it was worth it just to be there and now there is one more stadium crossed off my list, only a billion more to go!

We had dinner that night at a tapas place right out the front door of our hotel, Piscolabis.  It was fantastic.  We each ordered a few different tapas and all of them were very good to great!  The price was very reasonable and the wine was excellent.

The next morning, we asked the front desk to call us an XL cab to take us to the airport.  Our time in Europe was over.  It was amazing and there are several places that I would love to come and visit for longer: Barcelona, Nice, Positano & Sorrento.  But first there are a million places I want to see for the first time!  Until next time!  Adéu…