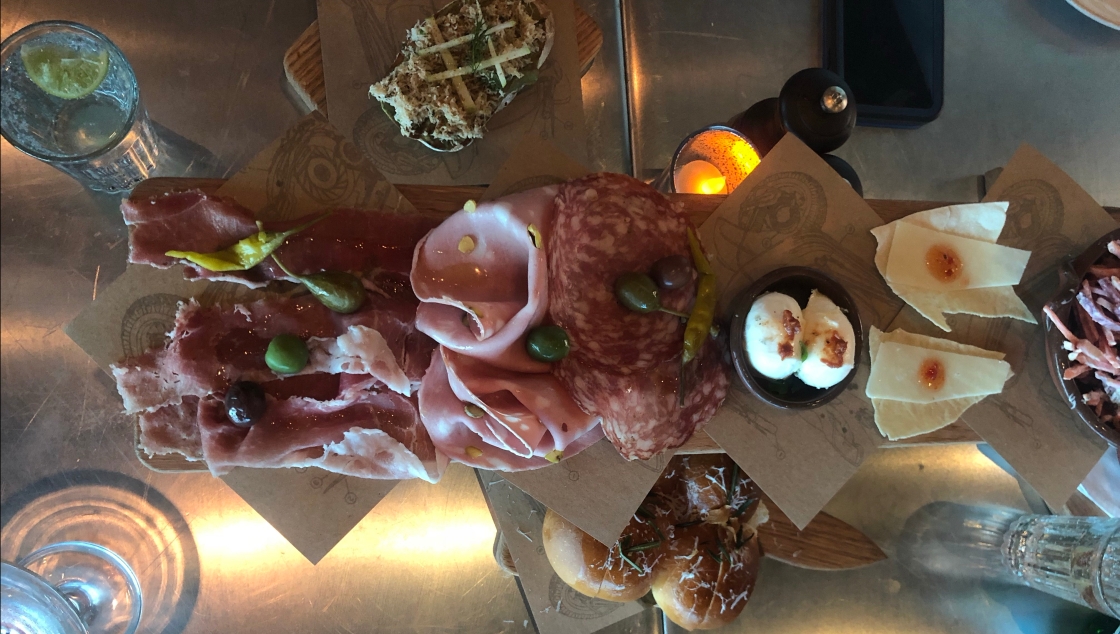 Mariner of the Seas…Amplified! The Dining Part – Jamie’s Italian

For dinner on night two, we decided to go to Jamie’s Italian as part of our Ultimate Dining Package.  This was the restaurant I was most worried about.  We loved Portofino’s and were not happy when they decided to transition them out.  But eventually, we came to love Giovanni’s Table almost as much.  And now this.  More changes to our favorite restaurant on board.  I mean, we like Chops just fine but its a steakhouse…there really are plenty of good ones on land.  But good Italian food is harder to find, at least where I live.  Add to that, the reviews that I had read previously were really mostly negative and the menu did not excite me that much.

So basically I went into this dinner expecting to be disappointed.  Was I?  Read on and see! 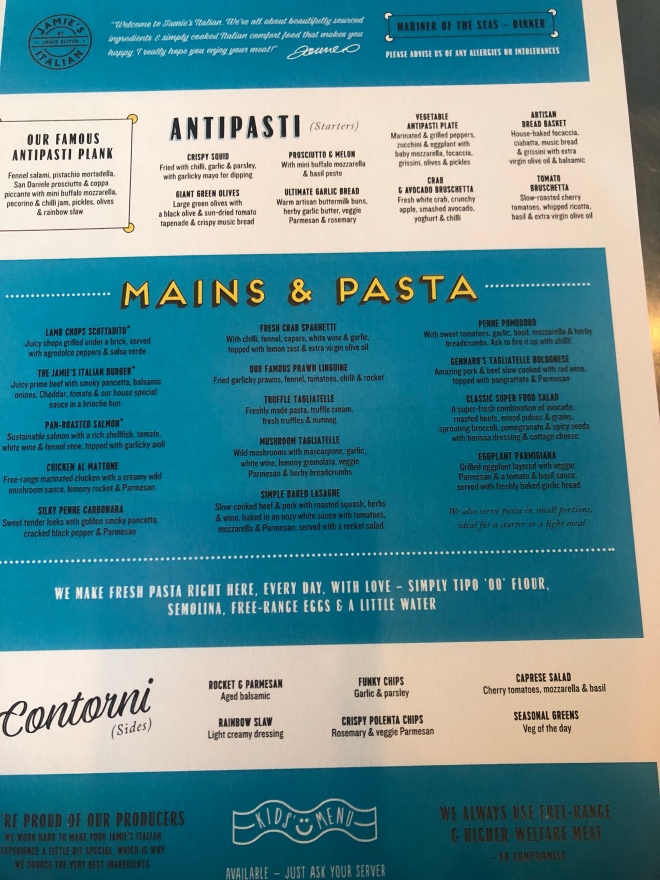 A little tidbit about me: I LOVE appetizers!  I could skip dessert nine times out of ten, but apps?  I want them all!  So that’s what we did…No, not really.  But we did have 4 appetizers between the two of us. 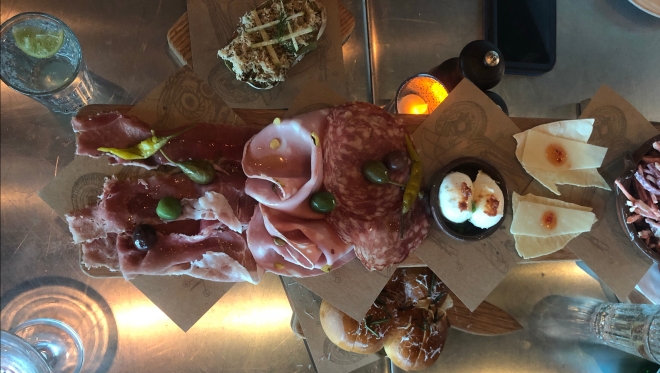 The famous Antipasti Plank. From the top: Rainbow Carrot slaw (yummy), Pecorino with chili jam (yummy), buffalo mozzarella (yummy), fennel salami (yummy), pistachio mortadella (kinda weird), prosciutto (yummy) and on top some black and green olives (yummy).  So overall, a win with two little exceptions: the mortadella was strange, but I don’t like it usually so no big surprise; and one other little item: caper berries.  YUCK!!  Now I know that they are in the olive family and I Love olives…black, green, kalamata, all of them.  But I cannot stand caper berries, or capers for that matter.  But at least caper berries are easily avoided!

Crab & Avocado Bruschetta.  This is basically avocado toast with crab.  Its good.  If you are a fan of avocado toast, and not allergic to shellfish you will probably enjoy this appetizer.  I had a bite or two and was done. 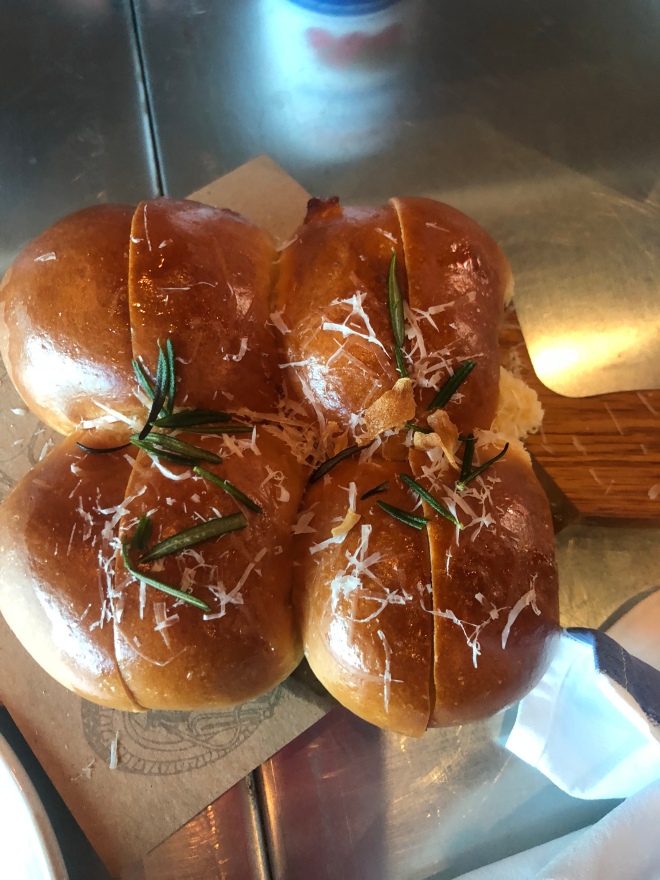 Ultimate Garlic Bread.  Well what can I say.  Its bread.  Good bread, and there is plenty of garlic and Parmesan cheese and the rosemary adds a nice touch.  If you have a picky eater in your group, you can’t go wrong with this.

Which brings us to this: 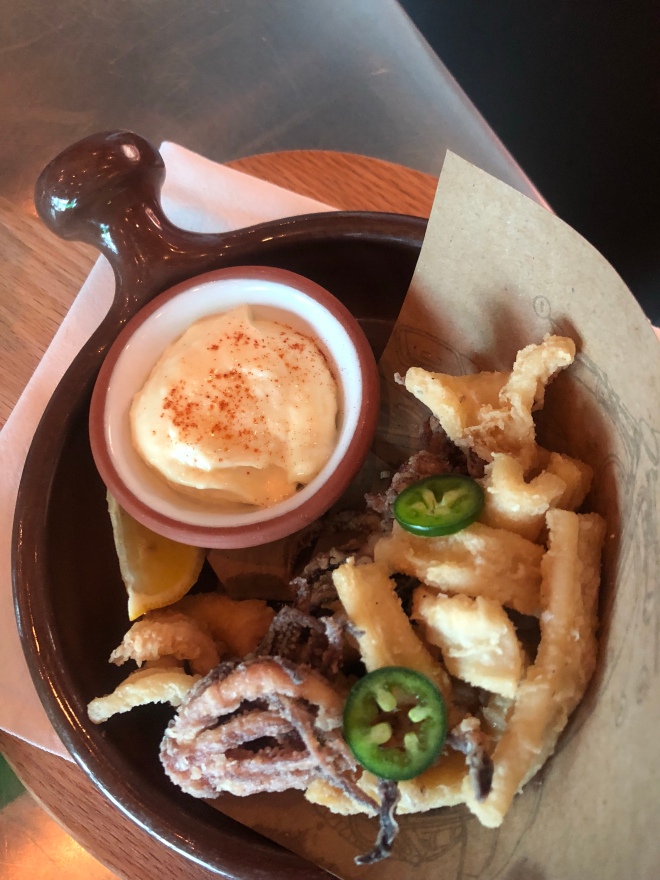 Crispy Squid.  An almost certain no go for that picky eater, but if you are not…GET THIS DISH!!  That garlicky mayo is the bomb.  The squid were tender and well cooked and they were indeed “crispy.” Granted I only ate the tubes, not the tentacles, but fortunately my kid is not so squeamish!

And that was our appetizer spread.  I would certainly order the plank again, and I could probably eat that squid (and aoli) at every meal and be pretty darn happy.  As for the other two?  I will probably skip them next time…I know I say that now, but in January when I’m back on the Mariner, I will be with the picky son so Garlic Bread is most probably in my future. 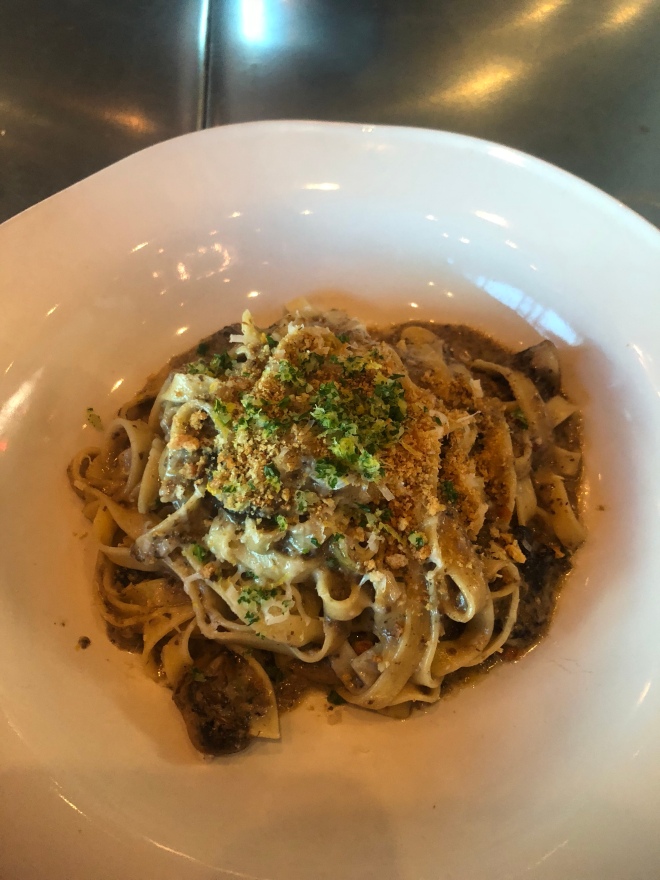 I had the Mushroom Tagliatelle .  It was fantastic.  Earthy, creamy, goodness.  I love me some mushrooms so this dish was one I expected to love, and it did not disappoint! 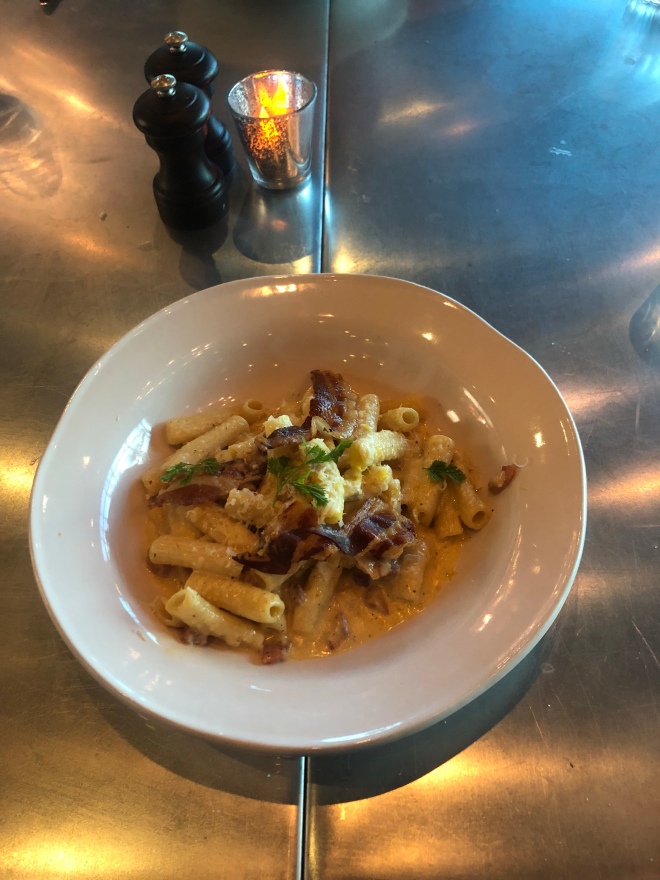 Jarod ordered Silky Penne Carbonara.  This was really good as well.  There was plenty of pancetta, and a healthy dose of cracked black pepper gave it some balance against the saltiness of the parmesan and pancetta.

Overall, I would order either of these dishes again, however there are some other items I would like to try as well so I will probably go for them first.

Like I mentioned before, I am not a big dessert eater, but in the interest of research, I ordered one anyway! 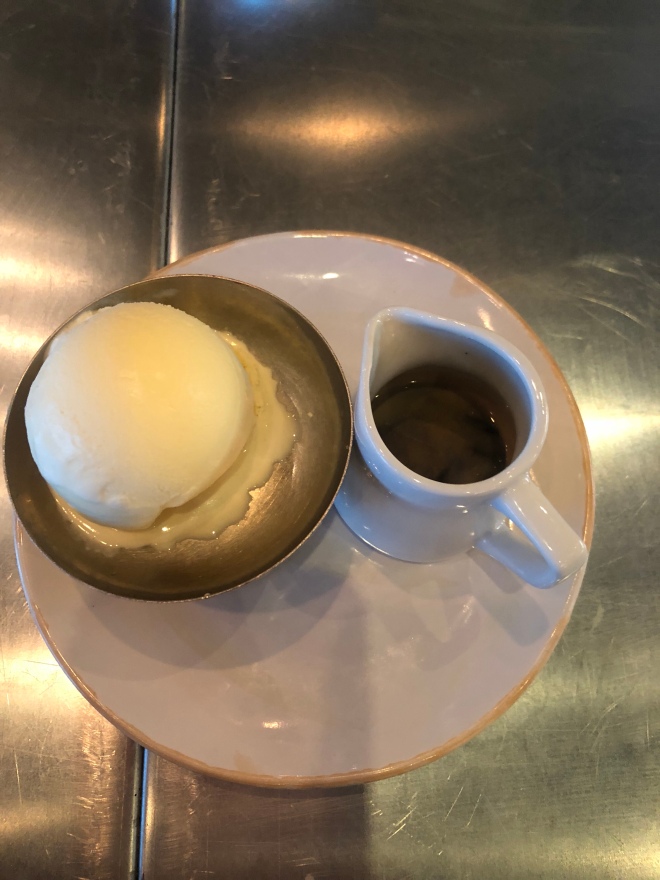 Fortunately for me, they have Affogato on the dessert menu.  This is a scoop of vanilla ice cream drowned in a shot of hot espresso.  It has the benefit of being both dessert and after dinner coffee!  It was the perfect end to a somewhat heavy meal for me. 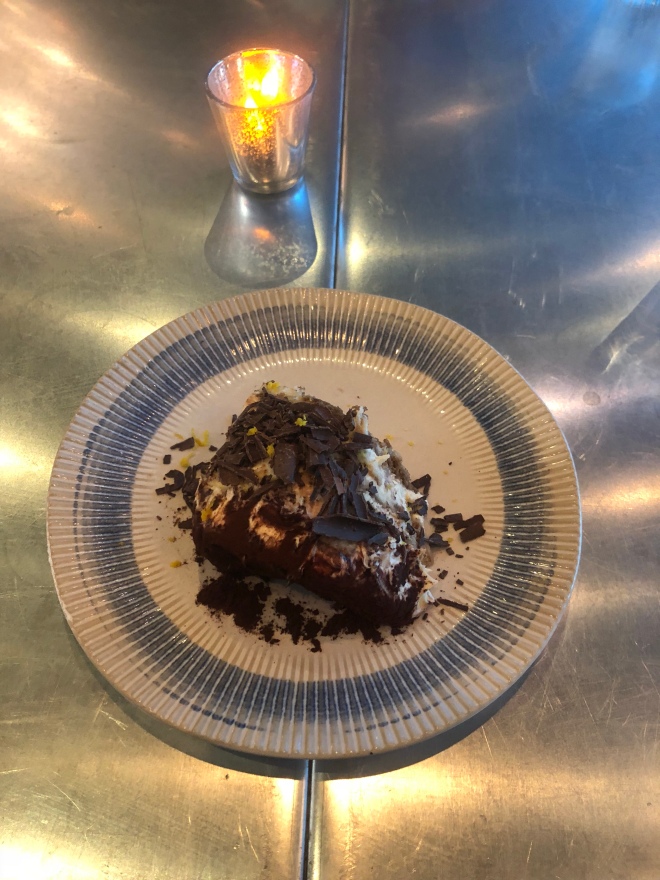 My son, however, judges every Italian restaurant on their Tiramisu so of course that is what he ordered.  And according to him, it was pretty good.  It was not as good as Portofino’s tiramisu, but it was good.

Final Thoughts:  Overall I was pleasantly surprised.  It was rustic and homey, casual and comfortable.  The food was well made and the service was helpful and professional.  It was certainly better than I had anticipated going into the meal and I am happy to say that I will definitely eat there again on my next Mariner sailing in January.