KINGS LANDING!!!  WE ARE GOING TO KINGS LANDING!!!  Okay, so I was the only one that was super excited about that.  Even beyond Game of Thrones though, Dubrovnik has some pretty cool stuff to lay claim to.

DISCLAIMER – This post has a lot of Game of Thrones and Star Wars references so if you are not into either of those things, my apologies!!  At least the pictures are still pretty! 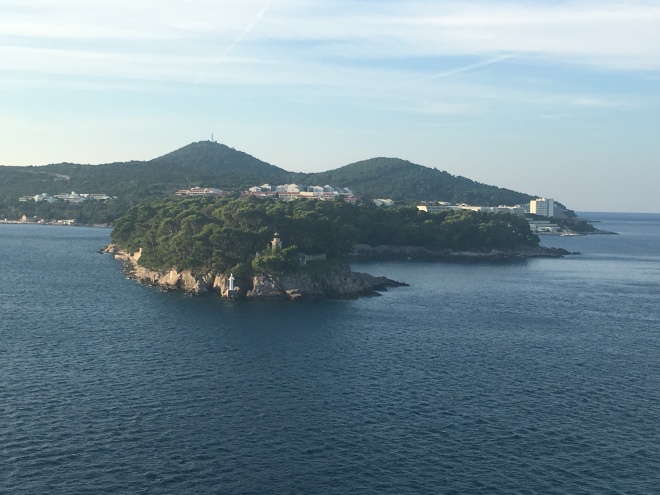 It’s a beautiful sail in to begin with.  Much greener than I thought and after seeing Kusadasi, the green seems really, really green!  The port is a little bit away from the old town, but a 15 minute bus ride drops you right at the gates of the walled city.

I had reserved a tour…Game of Thrones, of course!  I booked through Dubrovnik Walking Tours and paid online so that I would not need to worry about exchanging currency.  I did end up using an ATM to get some Kuna and they were super easy and accessible…and in English!

We met our tour guide under their red umbrella by Onofrio’s Fountain near the Pile Gate.  This serves as the entrance to King’s Landing, the gate through which Jamie returned after losing his hand. 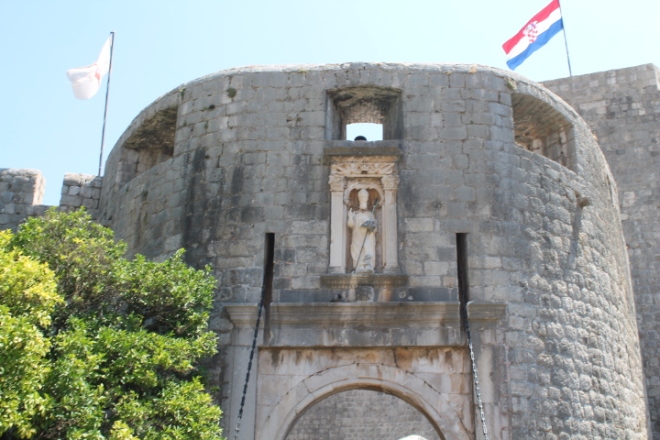 We then moved on to the Docks of Kings Landing.  This is where Myrcella was sent off to Dorne.

Here is where Robert Baratheons infant son was dashed on the rocks. 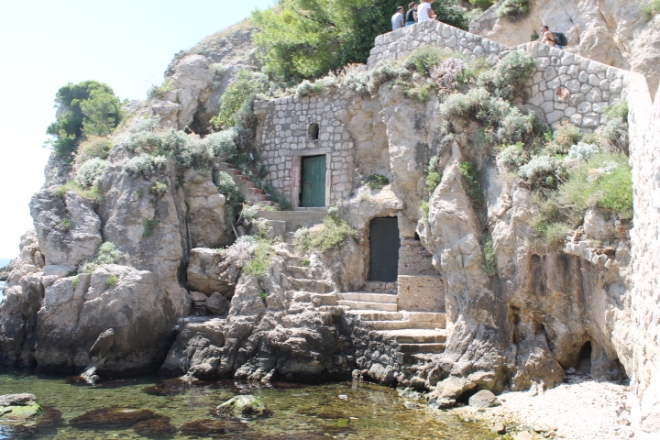 We next climbed the 650 stairs to the Red Keep, otherwise known as Fort Lovrjenac.  This site was home to so many scenes of note: Joffrey’s Nameday Tournament, the Purple Wedding, Sansa’s rescue by the Hound, and many more.  The views from here were totally worth the climb!!

And from here you can see the House of the Undying in Qarth.

Back down the stairs (a much easier prospect than the trek up!), and on to the Spice Kings Palace in Qarth, actually the Rector’s Palace (at least the current version, the first two being destroyed by explosions.).

And the most famous walk that followed.  Our guide told us a funny story about living in the city.  At night, when the tourists start to get a bit tipsy, you can hear them running down the stairs, yelling Shame, Shame, Shame…I really hope they are not naked and I guess at least they don’t have bells! 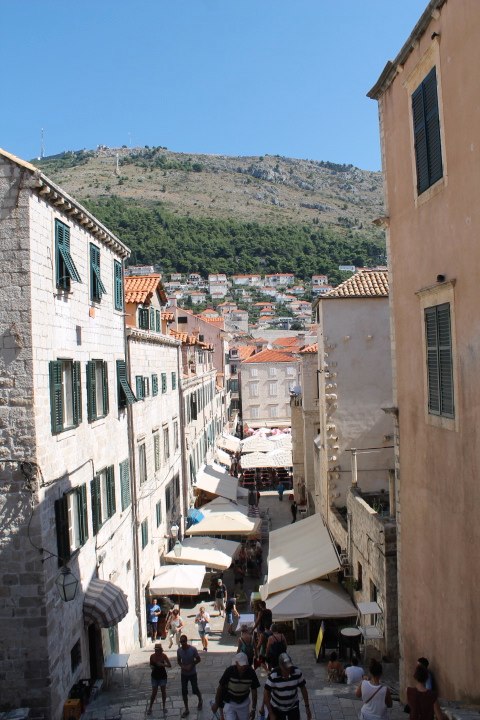 Lastly, we got a bit of a sneak peak into another movie that had recently been filmed inside the walled city of Dubrovnik…Rogue One, A Star Wars Story.

I am so excited for this movie, now that I know I have walked the same streets!!  Our guide told us that LucasFilms came in and polished the main street so it would look better for their hovercrafts!  HOW COOL IS THAT!! 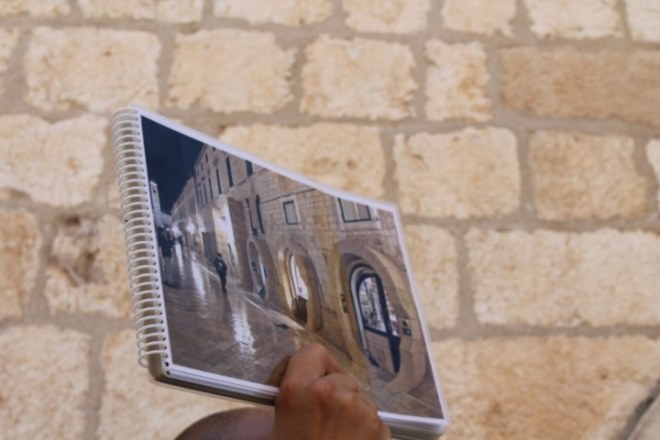 The main street was still nearly that shiny!  All in all, I really enjoyed Dubrovnik and I would absolutely come back for a longer visit.  I did not have a chance to try any food or drinks while I was here so that is totally a reason to return, right??

Our next stop is back in Venice.  We will dock at 3pm, but then we don’t have to get off the ship until the next morning.  And really…they may have to forcibly evict me after this trip!  But, we do have an extra day in Venice, at the Hilton Molino Stucky…a really incredible hotel!!!  See you back in Venice!

I Need A Break!